How can you stay cool in your Sacramento rental? 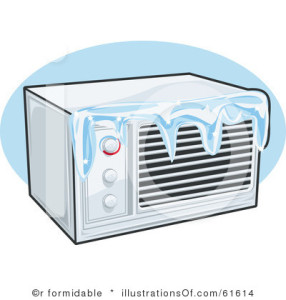 This is an unpopular theme, so we might as well get it over with:  Air Conditioning is NOT a habitability issue.  Air Conditioning is considered an amenity; it does not fall into the same category as heat, electricity, hot and cold water, etc.  This is not to say that a landlord doesn’t HAVE to repair an air conditioning system that fails if it the property was rented with the understanding that Air Conditioning was available and functional; they absolutely do. They are not, however, compelled to find alternate living arrangements for their residents when a system breaks down as long as they are making a good faith effort to effect repairs.

This, of course, brings us to another uncomfortable fact:  Air conditioners can break down at almost any time of the year, but logic and experience tells us that almost every A/C in the region has been switched on when the temperature is 100+. Whether the failure happened at that moment or three months earlier when the temperature was a breezy 72 degrees, (the real reason people live here), we all find out about broken A/C’s on the same day every year: The first “hot” day.

What this means for landlords and residents is that they might have to wait a couple days to get their system repaired, (or worse, replaced).  It is simply not possible to have enough technicians in our market so all A/C issues can be handled on the same day; they would starve during the rest of the year when our weather is mild.  So we sincerely ask for your patience as we dispatch one of several of our terrific air conditioning vendors out to your property, they’re going as fast as they can.

We should also take a moment to discuss the property owner’s position.  Most of them would like to provide a new A/C system.  It would keep their resident’s happier and more stable as well as being more efficient. The problem is that replacing an air conditioner is VERY expensive, and it usually has to be paid upon the completion of the work.

We’ve heard, “This system is old and it needs to be replaced”, from our residents a lot.

The problem is that, “Owning” a property usually means “paying a mortgage”. That means that they are paying for the property that is worth several hundred thousand dollars over a period of 15 to 30 years.  The mortgage payment on a four bedroom home in Citrus Heights or Roseville might be $1300 to $1800/month, which they have budgeted for.  Replacing an air conditioner can easily cost $5000 to $10,000 depending on the system and the home.  Even though the home is worth several hundred thousand dollars, that doesn’t mean the property owner has ten grand laying around; that’s not how business works.

Certainly, the property owner would have a better, more durable, product to offer with a new A/C system, but they may not have the cash or the space on the credit card to do it.  Hence, a property owner will almost always investigate the cost to repair an old system rather than replacing it.  That doesn’t mean it can be repaired, but we should expect them to take the time to evaluate the current system first.

So, as a resident, how can you stack the deck in your favor?

o   Do you have A/C in an older home that still has single pane windows and/or no insulation?  The temperature drop between outside and inside won’t be as significant as it is in a more modern house that was built with those systems in place.

o   Do you live in a two story home? It’s going to be a lot hotter upstairs, (where the bedrooms are, inevitably), even if the A/C is working.

o   Finally, what if it’s just REALLY hot outside, (say 110 degrees), and its 90 degrees indoors? Now, 90 degrees is nowhere near comfortable for me, but the A/C is working! The air temperature is being lowered by 20 degrees!  It’s just HOT! Which brings us full circle: By all means, confirm that your system is working correctly, but GET YOURSELF TO SOMEPLACE COOL. I’ve heard that Minnesota is beautiful this time of year as well…

Bottom line is that Sacramento is hot in the summer, (and it the late spring and early fall). People lived in our region long before the advent of air conditioning but that doesn’t mean we want you to or that you have to, we only want to remind you that we have to work within the boundaries of the resources that are available.

Have a great day, and stay safe, if not cool.

We are pledged to the letter and spirit of U.S. policy for the achievement of equal housing opportunity throughout the Nation. See Equal Housing Opportunity Statement for more information.

Please fill out this form and we will direct your message to the appropriate person.